Hello guys, hope you all are doing great!!! 😎.
Blockchain is quite popular these days. I mean it is the frenzy on the net especially with the upsurge of Bitcoin’s value. Following the trend, I would be writing the greatest article of all time. 😈. I’m joking.. lol.
So in this post, I would be talking about how I created a small Library in Solidity.
What prompted me to do this was due to the fact that I needed a way to recreate a function in Solidity that behaves like the JavaScript function below.

The function above takes in an array as an argument, filters the numbers in the array by leaving only the positive numbers and finally it transforms the positive numbers to its square 🥱. Ok, this seems quite easy to do in JavaScript but trying to replicate a function that has similar logic in Solidity wasn’t that straight forward.

So to work it out, I entered the avatar state to unlock my chakra 🦾.

But it was too much to handle, making me spend a lot of time figuring it out. This made me ask my self the big question, Is my state authentic?, can I bend?, can I code?, Is solidity for me?. I felt like crying but then I heard a voice from above speak to me.
The voice made me feel energized and I felt at one with my code. I call this entangled enlightenment or what mortals call the flow state.
I began to see the hidden codes of the universe unfettered. I could see images and text in plain binary format. At this point, I was ready to solve this 😎

My Solution to the problem

First I created a contract named, MyContract. Inside the contract, I created a function named, getPositiveAndSquare.

Within the getPositiveAndSquare function you can see the filterFunc method being appended to the arr parameter. This is made possible with the creation of a solidity library which has a function (filterFunc) that conforms to the same type as arr (int256 ). The filterFunc function accepts a function named square.

Checking the definition of the filterFunc function in the Library section you can see that it accepts two parameters.

This is because the square function acts on the signed integers of the self parameter of the filterFunc function. The types have to be same to prevent errors. It returns an unsigned integer because the returned value must be a positive integer.

In the contract, MyContract, you can see this line:

This means attach Solidity’s library functions to a type of int256[] in the Contract.
That is what made attaching filterFunc to arr possible. It also made arr to be the first argument of the filterFunc function.

In the library, I only have one function named, filterFunc. It has two parameters self and f.

The reason why this took longer than expected to implement is that memory arrays don’t implement the pop and push functions as a member, the length member is read-only and Solidity’s library doesn’t allow defining state variables in it.

When creating a dynamic memory array in solidity, all the indexes are initialized with 0 for the int type.
So that means all or not all the indexes of the tempArr array would be updated. Some would remain zero. For instance, check the pseudo code below.

So that is how I was able to implement the filter function in solidity.

And I hope you learnt something new about solidity 😁. You can help me share it too and comment. Thanks a lot 🙏 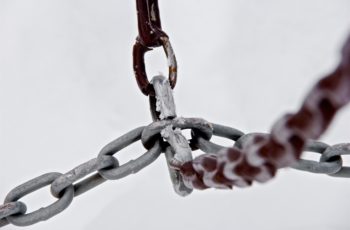 Write a function that takes two or more arrays and …