Hello, guys 😎, in this article, I will be writing about how to deploy a simple DotNet API to Railway using MongoDB as a data store.

Railway is a platform that allows you to seamlessly deploy a web application to a server. It currently offers two methods of deployment:-

For the purpose of this article, I would focus on using the CLI tool to deploy my web API.

The following steps were taken to make my deployment possible.

Railway CLI can be installed in various ways but I used npm to install mine by running the command below:

After that I went to https://railway.app/ to create an account 😎

Setting up a Project on Railway

A project helps to isolate a collection of services on Railway. To set up one, I had to authorize the CLI to enable the provision of services.

To authorize, I ran the command below:

The command prompted my browser to open hence completing authorization with the authenticated user on my browser.

To setup up a project, I ran the command below:

After filling in the project name, I pressed the enter key to create the project. Once the project was created, I got redirected to my dashboard😎

Setting up a MongoDB service on Railway

To create a MongoDB service in the project, I executed the command below:

Next, I pressed the enter key to create the database service (plugin)

Retrieval of the Environment Variable keys

Railway allows you to easily retrieve the environment variable keys on the hosted service.

To retrieve the keys and values of the environment variables, I executed:

These keys and values are important. The cool part about Railway is that it allows you to execute a command that would create environment variables locally for you which would be synced to the environment values on the remote server

This technique allows you to make use of the names of the environment variable keys during local development without the need to hard code the values 😅. So cool right !!!

So in this stage, I would be writing my API code. The code allows me to save a person’s information in the database and also retrieve a list of people bearing the same name

I executed the command below to scaffold my DotNet API project

In the code above you might be asking where did I define **MONGO_URL** or **PORT** as an environment variable. 👀. You would get to know how that value got to be populated in the next stage.

I also had to manually bind ports and URLs that would be used for listening using:

To populate my local shell with the environment variables from my remote service I ensured I ran the startup command following the **railway run** command.

Now I can consume the endpoints below 😎

Deploying the Application to Railway

To deploy the Web API on Railway, I execute the command below:

**NB** in cases where the project you are working on isn’t available in the current shell, execute the command below:

Exposing your application to the Internet

Railway also provides a user-friendly interface that allows for easy interaction with the database. Clicking on the **MongoDB** service in the picture above opens up the database interaction pane.

I hope you enjoyed the tutorial. To know more about Railway you can check out their docs here.

At the time of writing this article, the highest DotNet version supported on Railway is DotNet 6.
But since docker deployment is also supported, you can make use of any DotNet version 🚂🚂!!! 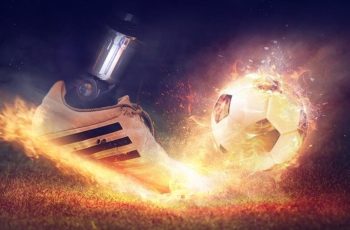 Hello guys, have you been in a situation that looks …

Hello, you are welcome to read this post. I’m sure …